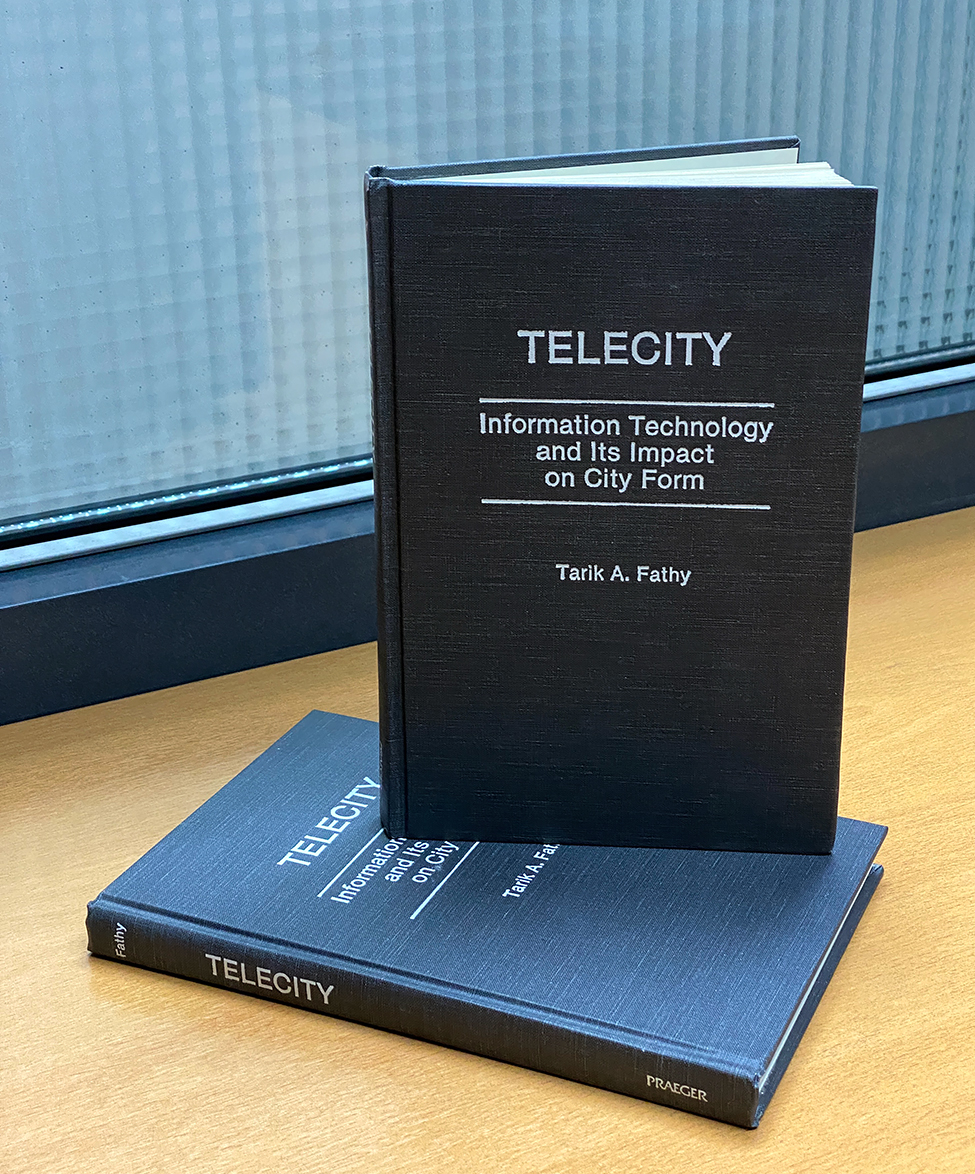 Telecity: Information Technology and Its Impact on City Form, by Tarik A. Fathy.

30 years ago, during the time spent in the United States, Dr. Tarik Fathy devoted several years of his life to writing a book that turned to be a prophecy. In his study he examined the impact of changing technologies on the city form and structure at the time of the inception of information revolution. The concept of telecity and teleactivities occupied integral role in the study.

Back in the 90’s, Dr. Tarik had a clear vision of the function and image of future cities and many years later he realized he wasn’t mistaken. Information technologies play a great part in contemporary city planning and the idea of telecity is being brought to life. The recent ongoing pandemic of Covid-19 that swept businesses worldwide proved the validity of teleworking and all online economy almost overnight. The theoretical perspectives seem to push for further public policies to benefit from ICT technologies and embrace critical mass of workforce cross borders.

The book was written for public policy makers, scholars and designers, however due to its socially important subject and reader-friendly language, it is available for wide audience. It was published by Praeger Publishers (currently ABC-CLIO) in November, 1991.